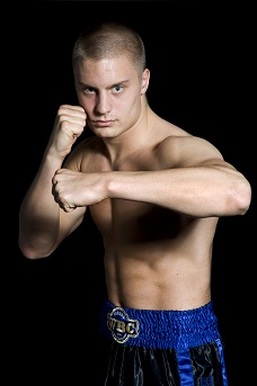 Courtesy of Winning Boxing Club
We all know that Sweden isn't a country we immediately connect with boxing. Whilst they have had some notable names, including Ingemar Johansson of course, they haven't really been able to create many talented fighters and especially not in recent years. This looks set to change however with the emergence of two potential Heavyweight stars.

One of those is Otto Wallin (6-0, 4) who many are viewing as a potential world champion in the making, the other is Adrian Granat (2-0, 2) who we are lead to believe is the more promising of the two fighters.

Aged 22 and hailing from Malmo, Granat is a fighter at the very early stages of his professional career though is already being dubbed a "Supertalangen", or "Super Talent" by those in the Swedish boxing press.

Although Granat doesn't seem to have competed in any major international events he does seem to have had the talent to have given a few questions to some of the top amateurs. Unfortunately however he was lacking amateur experience despite his numerous championship wins. The Swedish amateur scene simply wasn't good enough to keep a man like Granat busy and he is reported to have just fought 34 bouts in the unpaid ranks.
Powered by